Having a Taco Bell Moment 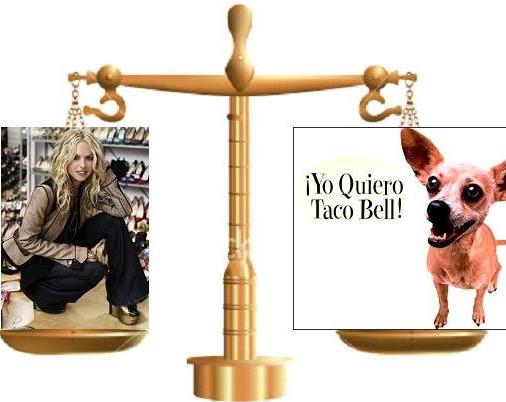 Last night Rachel Zoe's season premiere didn't only send shock waves across the nation, it sent orgasms. While having one of her "moments," Zoe tried on approximately five of Chanel's signature tweed jackets for fall, each fitting her teeny-tiny frame perfectly...."I die!" The forest green button down number with the matching purse was enough to make me lose my mind forever and contemplate which of my dogs to pawn first.

But, just when I thought drifting off couldn't get any easier due to the inevitable fact that I would be dreaming about Chanel all night, I came across Nation's Restaurant News' article about Taco Bell's newly launched line of Cantina Tacos, a fancy name for street tacos. See, this is what happens; I watch the show, promising myself that all I'm going to eat for lunch the next day is a healthy salad and then I read something like this about my favorite fast food brand that I indulge in after long, traumatizing days at the office or post-bar hopping (Yes, I'm guilty). I begin to salivate and say, "hey one, or two, or three tacos isn't so bad. They're not that big." Oy, I'm constantly torn between these two pleasure in life, but I always know that I live to eat rather than eat to live, but wait, I also live for couture. I give up!

According to NRN, street tacos have become a huge trend in foodie-ville and Taco Bell is hopping on board with the hope of capturing the country's new-found desire for these cheap, authentically prepared, Mexican favorites. Served at participating restaurants nationwide, the chain will offer a few different kinds, including carnitas, chicken and carne asada at $1.49 a piece, $2.79 for two or $4.99 for two and a 30-oz drink.

Even though I'm a Grilled Stuffed Burrito devotee for life, I'll give the new T-Bell offering a whirl. Will you? Hey, it's better than enduring the lines at Tito's or at some gourmet lunch truck where they're dishing 'em out for $5 a pop. At noon, I'm "running for the border." I'll report back. 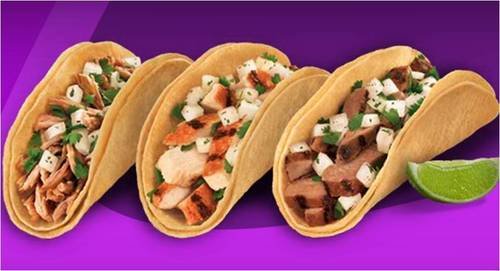 (Photo from Taco Bell via thestir.cafemom.com)
Posted by Valerie Friedrich at 11:13 AM

Valerie Friedrich
I'm a fashion copywriter and freelance writer, obsessed with fashion, food and the home. After turning 30 in December, my world changed and I wanted to start a new blog dedicated to the happy, chic life that awaits us after we turn 30!